October 4, 2022 by Sandler in Professional Development 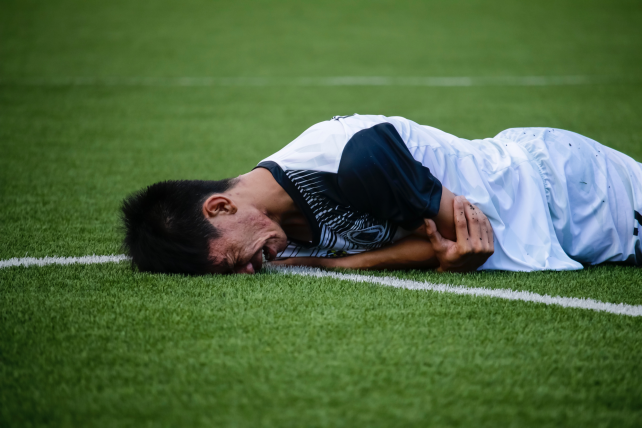 Learning to embrace failure has to be one of the toughest lessons in sales. It seems counterintuitive to a lot of people. Winning at anything – including selling for a living – might look like the opposite of failure. Actually, though, that’s a major misconception. Failure is what makes winning possible.

When we run away from failure, when we pretend we’re not capable of it, when we avoid thinking about it or talking about it, what we’re actually running away from is growth and success. Human beings fail. That’s reality. The successful ones are the ones who embrace and learn from their failures.

There’s another critical point to consider here, one that’s particularly relevant to sales leaders who interact with salespeople: We’ve got to make sure that we protect people’s self-esteem.

Sometimes people on our team will confuse role failure with self-confidence, self- esteem, or self-concept. We have a responsibility to make sure they know that any given role failure – the failure to prospect effectively, the failure to close a deal, the failure to ride a bike, you name it – is not a failure of the self. It’s simply a role failure, nothing more or less. It’s not who we are. We may fail within a role, but we are always perfect and complete as human beings. We want to understand, embrace, and live that reality as leaders on a daily basis. And we want to do our level best to help each member of the sales team to do the same.

When you see yourself as 10 on a scale of 10 in terms of your identity as a person, that doesn’t mean you’re arrogant. All it means is that you have a healthy self-concept. Do you want your roles to be 10 out of 10, as well? Sure. But think about it: You’ve got countless different roles in your life. Your performance in those roles is inevitably going to go up and down. If you happen to fail in one of the roles you’ve chosen, that has nothing at all to do with your inherent worth as a human being. Your self-concept, your sense of who you are, can stay at 10 out of 10 no matter how well or poorly you are performing in any given role you’ve taken on. If you allow the role failure to drag down how you see yourself, then you’ll be less willing to take risks, less willing to fail, less willing to learn from failure, and, ultimately, less able to succeed.

Make no mistake. Our capacity to grow, learn, and succeed is directly related to our willingness to get outside of our comfort zone, take risks, and, yes, fail now and then as we perform within whatever role we’ve chosen. This really is a critical lesson for sales professionals, and it’s a particularly important one for sales leaders, who have the opportunity to model it on a daily basis.

It’s only when leaders accept and embrace this difficult lesson about failure, both for themselves and for each of their team members, that they lay the foundation for individual breakthroughs in role performance. Such personal breakthroughs are what make predictable, sustainable financial success – and every other kind of success, for that matter – possible at the individual and the organizational level.