How to Succeed at Sales: The Problem 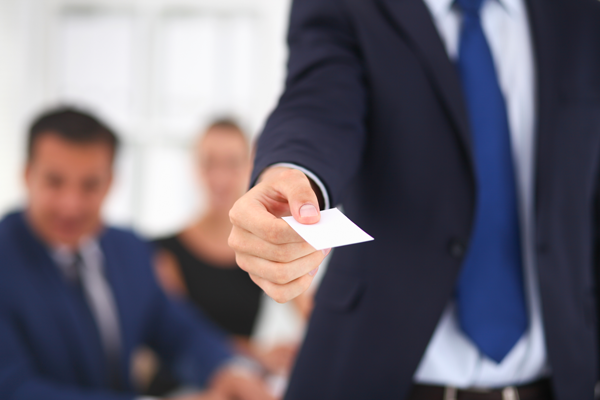 As a buyer, what comes to mind when you think of the word, “Salesperson”?

Usually what comes to mind are things like… used cars, polyester suits, briefcases, and flip charts or PowerPoint presentations. Many people dislike dealing with salespeople, and some even shudder at the thought of being one. In our experience, more than half of the salespeople out there don’t like selling and work hard to avoid looking like a ”typical” salesperson. Few, if any, children grow up dreaming of being salespeople, yet it is the most common profession in the world. Why is that?

Salespeople are too often perceived as:
•  High-Pressure
•  Boring
•  Manipulative
•  Not Listening
•  Unhelpful
•  Time-wasters

You know the kind of salesperson we are talking about. The one that needs a sale so bad you can smell it on them, and they almost knock you back as you retreat from their pitch. They are fast-talking, guilt-tripping, suit-wearing, business-card-slinging salespeople. They will do anything and say anything to make a sale. Why would anyone respond positively to that sales pitch, and why would anyone ever want to be like that?

We have found that most people end up like that by default. They have seen the salesperson stereotype so many times that they believe that is how salespeople are supposed to look, talk, and behave. And, it seems that it works just enough times to keep most people believing that it should be and has to be this way.

The Traditional Sales Approach
The traditional sales approach goes back over 100 years. It is commonly credited to a man named St. Elmo Lewis, who was ironically imprisoned for violating anti-trust laws. You have seen the traditional sales approach thousands of times in your life: at networking events, retail stores, multi-level marketing pitch sessions, and from door-to-door salespeople. They get really excited about what they have to offer, jump into a presentation to tell you all about it, and then go for the close. For every objection you have, they have a witty retort already scripted. Sometimes, they even encourage you to object, so they can prove how good they are. In general, though, most of us buy in spite of this approach, not because of it.

The traditional sales approach usually looks something like this…
1.  Generate Interest
2.  Present
3.  Trial Close (Always Be Closing)
4.  Overcome Stalls and Objections
5.  Close the Sale or Start the Chase

If the buyer has actually determined the product or service is something they want, then the sale is closed. However, more often than not, the buyer slips away with a crafty excuse. The salesperson is forced to begin the chase of tracking them down, leaving messages to their voicemail, or receiving put-off after put-off. “Think-it-overs,” “maybes,” and other delays usually end up in sales never-never land where they rarely evolve into actual sales.

The Buyer-Seller Dance
Most people are not even aware of it, but they have adapted a self-defense strategy against the typical salesperson. It starts at an early age when you see how your parents fended off salespeople, and it becomes ingrained your sub-conscientious as a default response when you feel any kind of “sale” coming your way. Many of us have even developed a few tricks to get what we need out of the salesperson and then get rid of them without committing to anything.

The buyer’s defense mechanisms sound something like this…
•  Not interested… Just looking… I can take care of myself, thanks…
•  Can you tell me a little more about... How much does it cost… Why is yours better…
•  I need to check with my spouse… I will come back… Let me roll this around for a while…
•  This is exactly what we need to do a budget… I will let you know… We’ll call you…

If the salesperson uses the traditional sales model or does anything along the way to trigger the prospect’s defense mechanism, they will end up in this buyer-seller dance. And again, they play right into one another. If the salesperson tries to push too hard, the buyer will slip out from their grasp with one of the scripts above. The salesperson thinks they are leading this dance because they are doing all the talking and following their sales script. However, the buyer is really in charge because they are holding all the cards, and only they know what their next move is.

Who wins in this process? Why are we still doing things this way?
No one wins. Many people think “sales” is manipulative, but it is fair to say that the prospect can be just as manipulative as the salesperson. The salesperson gives up their unpaid consulting, and the amateur buyer is left making a partially informed decision.

Think about it this way. Would it make sense if you went to the doctor’s office with the flu and instead of offering his professional diagnosis he said, “Here are all the great prescriptions we can give you, and here’s a brochure on their benefits and side effects. Which one would you like?” That might be fun for some prescriptions, but how many times do you think you could pick the one that actually cured you? Why would you use that system to choose a solution to any other problem?

You probably shouldn’t sell or buy that way, because the results are costing both parties. And just because everyone else in your industry is selling that way doesn’t mean you have to. Everyone knows those veterans in their industry who work half as much but make twice as much as everyone else. Those kinds of results are possible for you, too. You can have fun in the sales process, take off early on Friday, and still grow your business. You just need to change the way you approach sales.

Think about the great consultants and professionals you know. Do doctors sell you with hype and give away their expertise in free consulting? Or do they have a line of people waiting to pay for their unquestioned diagnosis? Do actors or famous authors have to tell everyone how great they are and deal with people thinking-it-over and wasting their time? Or do they have others begging them to work on their projects? There are experts and professionals who sell every day without utilizing the traditional sales system and without dealing with disingenuous prospects. Mark Cuban famously said, “Everyone returns my call.” What if you could say the same?

Mike Montague is a Sandler Certified trainer and the VP of Online Learning & Development for Sandler Training Home Office. Mike has entertained and educated people as a Sandler trainer, on-air radio personality for his local stations, and other live events. He is also an accomplished writer, contributing to the Sandler book, LinkedIn The Sandler Way, business magazines, and the Sandler Blog.
Share this article:

Video: Sandler Rule #46: There Is No Such Thing as a Good Try

Sales Training and Golf: A Lesson in Repetition