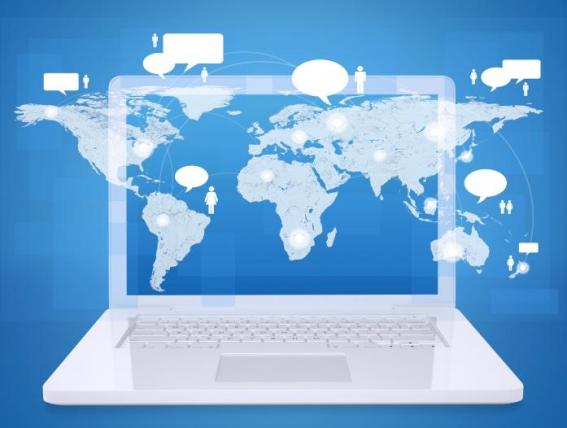 The three-point line is an arch drawn on a basketball court about 20 to 24 feet away from the basket, depending on which league you are playing in. A field goal made from inside the arch is worth two points, but one made from beyond the line is worth three.

The three-point line was first tested in 1945, but not adopted by the NBA until 1979. By sport’s standards, it’s a fairly modern invention and was largely seen as a marketing gimmick. In the 1980s, it was finally adopted and standardized by all the professional leagues.

Social selling, or using social media during the prospecting and sales function, may very well be the “three-point line” of the sales world. It is a modern-day creation that can be perceived as a marketing gimmick or a cheap stunt, but it has been around for almost 20 years and people are now starting to see its real value.

Social selling doesn’t fundamentally change the way you prospect or sell, but it does change the rules and can revolutionize your strategy, just like the three-point line did for basketball.

Think about it for a second. A line drawn on the court won’t necessarily change the way you take your shot. What the three-point line does change is where you shoot from, how you score more points, and how you manage the risk of shooting from farther away.

Social selling is revolutionizing prospecting in many of the same ways. If you are getting enough slam-dunk leads walking through your door, you probably don’t care about learning the trickier outside shot. However, if you have been desperately trying to chuck Hail Mary’s and half-court shots, then social selling might be a very attractive tactic. And if you are somewhere in between, already making difficult cold calls or walk-in prospecting calls, then maybe it might make sense to use social selling to get the extra points.

It is important to remember that the fundamentals of prospecting and selling haven’t changed. Just like the proper form for shooting a basketball hasn’t changed in 100 years, neither has the proper strategy for sales. However, with the new tools, tactics and strategies for communication, research and referrals, you can now execute that sales strategy in a new, exciting and more effective way.

So, let’s get to the best part - a successful field goal shot from behind the three-point line is worth 50% more points than a shot made with your toes just a hair inside the line. This could easily translate to your bottom line in much the same way – a strategy change can equal greater reward.

How does social selling attain 50% better results than the way you are prospecting now?

Many salespeople have found that social selling can be used to find prospects, heat up cold calls, and bring valuable introductions or information to the sales process. You can use social media sites like LinkedIn to search for decision-makers, research ideal clients or companies, and listen for sales opportunities, making it at least 50% easier to find the right prospect.

You can use information found on the prospect’s profile to warm up your call, as well, making it 50% more likely that you will land an appointment or close a sale.

Another way to use social media is to research who your connections know so you can request a referral, or you could find a prospect on LinkedIn and then see who knows them so you can ask for an introduction. Either way, most salespeople agree that referrals are typically at least 50% more likely to do business.

Social selling is the three-point line of prospecting. It’s a small change in strategy that is delivering better results for salespeople and, as a result, it is revolutionizing the way the game is being played. That being said, you still have to practice, you still have to hustle, and you still have to take your best shots in order to become a better player. If you do those things, you just might be the next Ray Allen or Reggie Miller of your sales team. They were two very good three-point shooters.

Mike Montague is a Sandler Certified trainer and the VP of Online Learning & Development for Sandler Training Home Office. Mike has entertained and educated people as a Sandler trainer, on-air radio personality for his local stations, and other live events. He is also an accomplished writer, contributing to the Sandler book, LinkedIn The Sandler Way, business magazines, and the Sandler Blog.
Share this article: